It provides a framework for implementing blocking locks and related synchronizers like semaphores,  CountDownLatch etc. The basic algorithm for acquire is try acquire, if successful return else enqueue thread if it is not already queued and block the current thread. Similarly basic algorithm for release is try release, if successful, unblock the first thread in the queue else simply return. The threads will wait in a first-in-first-out (FIFO) wait queues.  The abstract methods tryAcquire() and tryRelease() will be implemented by subclasses based on their need.

In the above diagram ‘shouldParkAfterFailedAcquire?’ verifies whether the predecessor’s wait status is SIGNAL. If yes, it knows for sure that the predecessor thread will SIGNAL on its release so it will immediately block else it may retry to acquire the lock in case it is the first node in queue. 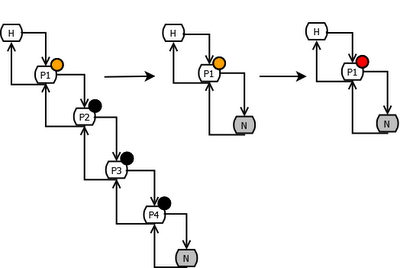 Case 2: If successor node either cancelled or null, traverse backwards from tail to find the actual non-cancelled successor. 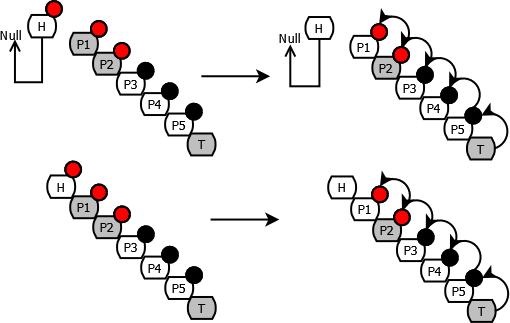 Once the unparked thread to acquire, its node becomes the new head. The old head will be delinked. If it fails to acquire, it will be re-parked. The head node’s wait status which was set to 0 will be reset to SIGNAL.

This is similar to exclusive release. It also ensures that a release propagates.

This is similar to exclusive acquire. It also propagates the release to other waiting threads in queue which are waiting to acquire the shared lock. Once a lock is released, it unparks its successor node which in turn propagates release to its next node.

Case 1: Node to be canceled is the tail node 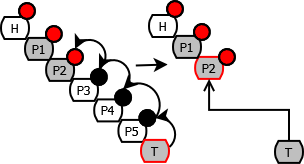